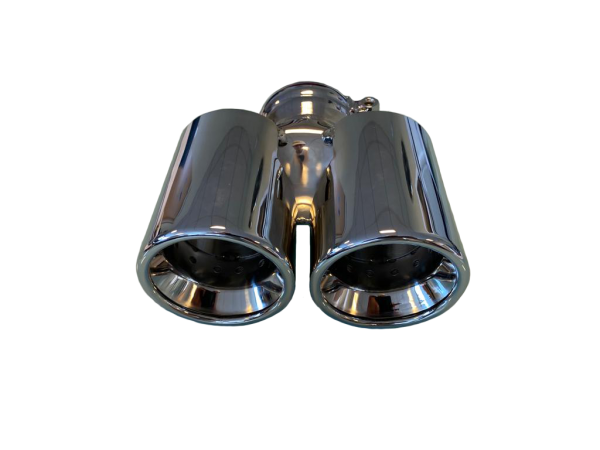 Having fitted a SCART to my Porsche 911 3,2 from 1985 in February 2015, I return to fit a SCART with valves for my Porsche CAYMAN and once again I am highly satisfied with the result, in 3 words "magnificent, exquisite, awesome" a chorus praise from my entourage. Thanks again to Martin SCART's team. A message for fellow porschists, get fitted out with a SCART. Thank you Martin Regards Claude

I found the sound of my 1st generation 987 Cayman S too subdued. having looked around to see which exhausts came out on top particularly amongst porschists I veered towards a SCART,  a model with valves and remote control for the Jekyll and Hyde aspect. It was fitted by Audio star in Béziers and I must say it's a real jewel: it looks so good! and what a sound! Even with the valves closed it's nothing like the original its deeper and more powerful and what can I say about when the valves are open it's just exceptional, a real racing car sound!! I am thrilled with the result and recommend it without hesitation

i found myself in a different car once the exhaust with valves was mounted with a fierce, husky sound at high revs. The mounting went perfectly and was done in a day, my only regret was not having been able to visit the workshop and watch the fitting with my car on the carlift...no regrets about the investment

I wanted to thank the SCART team for their follow-up and the quality they provide! The sound is magnificent, I hadn't expected such a symphony from a flat 6, the videos I'd seen before making my choice don't do justice the quality of the sound, valves open, its a real racing car, it resonates just as it should with a variation according to the revs true to the Porsche flat 6 and the gas intakes with the PDK are really nice! valves closed, you're very close to the original

Over and above my hopes and desires!!!! A very welcoming team, very professional. As for the rest, by that I mean the resulting symphony of my 1st generation Cayman......it's out of this world!!!!! Last Tuesday 2nd of December the cayman was fitted with 2 sport silencers with valves.  Valves closed the result is virtually identical to the original but deeper so you're sure to be discreet, perfect.  Once you open the valves......You feel a sort of cavernous growling...and at acceleration its magic!!!!!! almost racing!!!! quite exhilarating!!!!! beautiful piece of work and a fantastic result.... Well done for the product development, the quality workmanship and the professionalism. The tunnel at the Défense will tremble!!!!

Hello Martin, A quick mail (well quite a long one now that I re-read it) to give you my feedback after several months use of my Cayman fitted with Ultima Recital silencers. A quick reminder, it was at the begining of the year, end of January - begining of February. It was a Cayman S 1st gen and you fitted the Ultima + sport air filter and a Y connector.  As I mentioned the day I picked the car up after the fitting, I am thrilled with the result! And I am just as thrilled after several months' use.  The silencers are run-in now and I feel the sound is huskier than the day I drove out of your workshop.  The other thing I like about this exhaust, is the fact that you can have sound when you want it and yet still be able drive quietly whenever you want. Its one of the features of this exhaust which I had read about in the write-ups and seen in the videos, but until I had it fitted I still wondered whether it wasn't going to be too loud for "quiet" journeys. I saw (or rather heard) straight away on the test drive that when the car is driven "traditionally", the sound is virtually the same as the original, and I can confirm that now.  I also really appreciate having a sport sound that is uniquely Porsche when I put my foot down, through the tunnels (particularly the tunnel on the A13 around the St Cloud underpass, with a slight incline), it just brings a smile to my lips, the sort of smile you have in any case when you drive a toy like this! I haven't had a chance yet to drive several hundred kilometers of motorway with it, that'll be for this summer.  However on the semi-urban motorways