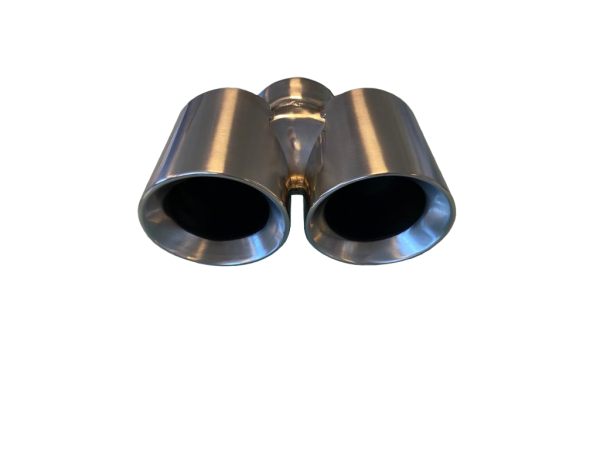 On the 27th October 2014, I had a SCART "Ultima" sport exhaust fitted on my Boxter 987 3,4S (you can find my comments at the time lower down on this list). Personally, I was thrilled, but my wife found the sound too powerful. So, the exhaust was dismounted in 2015 and replaced by the original exhaust, however I admit this left me somewhat frustrated. In early October 2016, I met Martin Scart on his stand at the Paradis Porsche Meeting in St Tropez. Martin offered to take back the Ultima exhaust and to replace it with an exhaust with valves, for which I would only pay the difference. This was done on the 27th of October at the Goussainville workshop (exactly 2 years after the first SCART exhaust was fitted). Since then, it's a pure joy! My wife is pleased, even though the sound is ever so slightly louder than the original with the valves closed (which is a plus from my point of view). Personally, I find the sound with the valves open even better than that of the Ultima. So, a huge thank you to Martin and also to Christophe who fitted the exhaust.

I made an appointment to fit a SCART exhaust on Monday 16th November 2015. Great welcome by Guillaume and the whole team, it all starts with a visit of the workshop to see how the exhausts are made, which I really appreciated whilst my Porsche was taken in hand by the mecanic. Encounter with Martin Scart the magician very pleasant and welcoming over a coffee then we wait in the showroom. Several hours later the porsche is ready. Incredible sound it literally transforms the car I don't feel as though I'm in the same car. I am very pleased with this assembly and thanks once again to guillaume and all the team for their professionalism. I highly recommend it. Anthony

Martin Scart is a magician!!  Many have said it here before me and I thought they were probably exagerating but the job they've done on my exhaust proves it!! It just doesn't feel like the same car. Valves closed, it's just like any other Porsche, but, valves open, it "sings" marvoulously and it "takes your head off" when the revs reach 5500-6000!! I can't wait to finish the 500km run-in...Thanks again!!

On the 27th of October 2014, I had a SCART Ultima exhaust fitted to my Boxster 987S (2008) at the Goussainville workshop.  Since then, my car is transformed (the return journey to Metz was spell-binding). "Martin Scart is a Wizard" or The inexpensive way to transform your car.